For as long as casinos have existed, there have been people trying to cheat the system. Yearly, offline and online casinos around the world set aside resources to stop players from cheating.

Even with casinos spending so much time, energy, and resources, some players have managed to beat the system. Most were caught, but others got away with it. Below are some of the most famous casino cheats that mankind has ever heard of.

It’s clear to see, that they all follow the same patern.

Arguably, the most famous slot machine cheater, Tommy Glenn Carmichael cheated the casinos for years. He was eventually caught for his crimes but not before obtaining a substantial amount from his cheating methods. He started in 1980 by using a metal device. He inserted the device into a coin slot which triggered a sure payout.

The bigger casinos around this time started moving on to new machines and better security. Tommy realised that his device failed to work on the newer pokies.

He then moved onto smaller casinos still using the older machines.

He was caught and sentenced to prison. After being released from prison, he went back to cheating the casinos. The slot machines by then had surpassed the older technology. His older methods did not work anymore. He changed his methods to fit the newer machines. He developed a light wand. The device shines into slots that trigger sensors and cause a pay-out. The device is now called monkey paw or slider.

He not only used the slider for himself, but he started selling these devices to other cheaters. He was eventually caught again in 1996 before having the charges dropped. He was, however, arrested later in 1998 and 1999. And that time was sentenced to prison time.

ℹ️ Currently, he is banned from casinos but works with them building anti-theft devices for them.

The duo of Ron Harris and Reid McNeal cheated thousands from the casinos of Atlantic City. In 1995, Reid McNeal hit the jackpot at a casino resort for a staggering $100,000. The situation quickly became suspicious because McNeal showed no reaction. Furthermore, he requested to be paid in cash which increased suspicions.

Large jackpots need to be verified by the State gaming officials. Under the New Jersey laws, an investigation occurred which revealed another player in the scam. The man was Ron Harris. He was a computer programmer that had found bugs and flaws in the software. He found them through his work for the Gaming Control Board.

Harris used his position to access and make changes to the software to benefit himself. He altered the slot machines to gain substantial wins. He would modify the machines and McNeal would get the money from the casinos.

They, however, got too confident in their ability and were caught after the Jackpot win and sent to prison.

The father of the card counting system is called Edward Thorp. He had master’s in Physics and a doctorate in Mathematics. He hadn’t paid much attention and time to learn much about casinos. He was taken to Las Vegas during one of his holidays and became intrigued. There he developed a keen interest in card games like blackjack.

He discovered the possible application of math in it and developed the card counting technique. He used his university systems to develop a system that could predict stakes in blackjack. This was based on extensive research and time.

Thorpe was winning thousands every week. He couldn’t be accused of cheating because something like this hadn’t happened before. He found a way to beat the system and change the rules of the game. He did. Additionally, he didn’t stop there.

He added insult to the injuries suffered by the casino and wrote a book. He explained how he beat the system and the techniques he used. Moreover, since it wasn’t illegal then the casinos couldn’t touch him.

He would have been able to live off the royalties from his book alone. Instead, he took his winnings and beat Wall street as well. Edward Thorpe is still a prominent figure and one of the richest gamblers in the world. Perhaps you’ve seen the movie “21“? Edward is the professor that the movie is based on.

Richard Marcus is very famous in the gambling world for his method called the ‘Savannah’. He cheated for years before retiring and writing a book on his exploits. That is likely why anyone knows about his cheats on the casino. Although his technique is quite simple in theory it takes skill to execute.

The technique was similar to older past-posting cheating methods with a single difference. The older method had a player put chips to winning bet using sleight of hand. Marcus reversed the process by removing chips from losing bets. Although, one might say he was helped along by his drunken act.

He would get to roulette tables acting drunk and put down a couple of chips. He would always use bigger chips hidden under a $5 chip. He would use sleight of hand to change out the bigger value chip with a $5 chip when he lost. He would then fling them at the dealer when he lost in ‘drunken rage’. If he won, he would exaggerate with his celebrations.

After the dealer would become a bit confused he would reveal a higher valued chip underneath the small one.

Even if the casino checked surveillance the security would be able to do nothing because at the end of the day he had complete right to place his bet and it was done legitimately. He easily cheated on his winning and losing bets.

More so, he cheated on the losing bets and turned the situation around to benefit himself. He managed to wins thousands of dollars on the winning bets but more importantly lost only a few on the bad bets. Throughout his ‘career’ he managed to avoid detection.

Now similar to Timothy Carmichael he works with casinos to help them detect the cheaters and how to avoid scams.

Looking over the scams on casinos, women have mostly been the distraction. While the served as a diversion their male partners would cheat on the casino and practically rob them blind.

Ida Summers was a different breed. She didn’t wait for a male accomplice to act as a diversion for. She was her accomplice.

She not only distracted the dealers but used the hand mucking technique to get away with cheating. This earned her the name of Vegas Vixen.

The technique involved sleight of hand. She would remove or add cards when needed. After success with this, she moved on to using the whole deck of cards. The deck was prearranged so the house would lose. These decks came to be known as cold decks or coolers.

Gaming officials eventually became suspicious of their consistent losses and alerted the FBI. After an investigation by the FBI, Ida Summers was caught and arrested. Yet, she received only probation instead of hard jail time.

Another famous casino cheat, Louis Colavecchio also cheated the casinos using slot machines. Instead of directly trying to hack the slot machine, his skills were spent on manufacturing incredibly accurate replicas of slot machine coins. He used these casinos in American casinos with success.

However, his operation was on a grand scale and he was manufacturing thousands of coins. An operation that large was bound to catch the attention of authorities. This led to his arrest in 1998. Casinos had started to notice a myriad of coins in their inventory with their source being questioned.

Authorities arrested him and seized any fake coins they found along with the tools used to make them. The extent of his operation was so substantial law enforcement had to rent out storage units to fit all the equipment they had seized.

Colavecchio was sentenced and then released in 2006. It wasn’t long before he was up to his old tricks again.

When he was caught again he decided to take a plea deal. As per his deal, he would have to teach the casinos how to avoid cheats.

It was Monique’s beauty that became her downfall

Monique Laurent is among the few women who managed to pull off one of the largest casino scams. The French woman along with her crew consisting of her family and friends managed to win $1 million from the roulette tables at Deauville Casino. However, it wasn’t luck that won them the money, that’s for sure.

Instead, she used equipment, a rogue dealer, and some help from family and friends. Considering the fact this scam happened in 1973, the equipment was very sophisticated for its time. They used a tampered roulette ball that would be affected by using a radio receiver.

Her savvy equipment gave her a 90% chance of winning. It made the ball land in a group of six numbers. Her crew would place bets and collect the winnings. Even though the casino sensed there was somehow cheating going on they could not pinpoint it. They checked the roulette wheel, the table, and the dealer.

The casino couldn’t understand how they kept losing money while Monique and her family kept racking up their wins. In the end, it was Monique’s beauty that became her downfall.

She caught the attention of the casino owner. After she rebuffed his advances he became upset. After he began to suspect she was involved because she was present at every roulette table that was costing them money.

After observing her, he found that she always had a cigarette packet in hand but never smoked. Moreover, this made him even more suspicious of her motives and her occasional bets. He casually asked Monique for a smoke and found that he was right. The gig was up and Monique, her co-conspirators, and her accomplices were caught.

With his crew, Nikrasch made $15 million through his sophisticated methods. How he was caught and who exposed him remains a mystery and is subject to much speculation. Even Dennis himself claims to not know who or why the person exposed his operations.

He was arrested in 1998 while attempting to run the scam to win a huge jackpot in Las Vegas. He had been arrested once before for his attempts to cheat the casino through tampering with the mechanical slots.

He exchanged some secrets in return for a reduced sentence.

He went back to cheating after his release, upgrading his techniques to beat the now advanced slot systems. But was once again caught a while later.

Edward Thorpe, in his book, wrote how the game was a mix of chance and choice. He considered opportunity as the cards that were dealt, and the decision was how to play them. All these gamblers on our list are notorious for their somewhat successful attempts at cheating the system.

However, as you read, most of them were also caught and had to serve prison time for those choices. These famous casino cheats were so ingeniously bad they were almost good. What should any casino lover take form this is sure some people get away but as a whole many have been caught.

Nowadays, casinos are smarter, and the former cheats are now working against what they were once before. Try your luck at the casino games; you might just win some or may even lose some. If you cheat, however, and get caught, it may have more consequences for you than you will be willing to pay. Online, however, there is no way to cheat. Or is it?

Check out the online casino games that can be played in Australia. 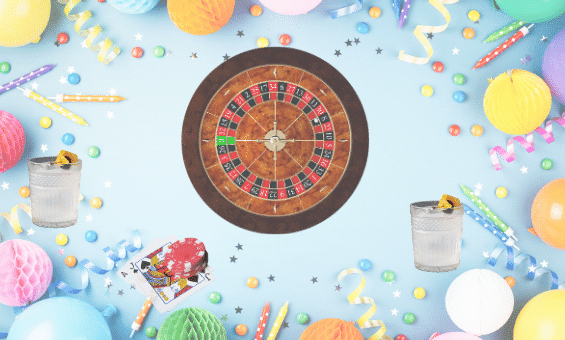