If you are a seasoned punter, you most likely keep up with the news article of your favourite gambling sites. A loved site among online casinos in India and other parts of the world is LeoVegas. It is an excellent site for those looking for a casino and the ability to bet on various games.

It is a reputable organisation backed by its flawless reputation and positive reviews. They have a transparent and committed process with the aim of providing an impeccable experience.

Recently, LeoVegas was at the centre of a scandal, a scandal that has been named Leovegas casino scam rumour. It was claimed that the top-rated app had made a mistake and lost millions.

Whether you are a seasoned reader or just started keeping up with LeoVegas news, the whole article is extremely peculiar. Let’s break down what the claim is and let’s see its validity.

According to a recently posted article, the LeoVegas company suffered a significant loss because of a loophole in their bonus package.

The article had claimed that there were loopholes in the terms and agreements for the registration of new players. As per the loophole, Indian players could sign up for a new account and get substantial free credits.

It was stated that the Swedish company had lost around 46 million rupees because of it. The free credits that the Indian players were raking up were 30000 Indian rupees per player, and that had quickly amounted to millions in the loss.

Furthermore, it was said that due to his failure to address the loophole before it could have been abused, the LeoVegas CEO was fired.

Yet, is this the case?

As you can see, numerous claims are being made. Is the article factual? Was the CEO fired? Was there a loss of millions because of what is referred to as bonus abuse?

We scoured the internet to find the validity of the claims. Only reliable sites were trusted to acquire information. From the research, we have a simple answer.

No, none of the claims made in the original article or those that followed is valid. Let’s go through all the claims and see what was right and what wasn’t—hint for the former: hardly anything.

The articles had claimed the LeoVegas scam was because every new registering player was being offered around 30,000 Indian rupees in a welcome bonus. Others claimed it to be less or more that same amount.

However, this is not the case. The first red flag comes from the disagreement on what the bonus amount was. None of the websites that were giving news on the LeoVegas fraud could agree on what amount to report. The other red flag came after reviewing the Leo Vegas website.

The amount mentioned for the welcome bonus was 80,000 Indian rupees. Moreover, the amount advertised is nothing new. Several reviewers have spoken about LeoVegas news and the company before. The bonus amount was the same before the ‘scandal’ broke.

Visible on the welcome page and whether you select slot machines or live casino games the bonus advertised is 80,000. You can see it in the screenshot of the Leo Vegas website below.

The welcome offer has been divided into a three-tiered ladder. A player needs to make three deposits before receiving the full bonus. The article stated there was a flaw in terms and conditions which gave a minimum of 30,000 bonuses.

The Terms and Conditions for the website are unequivocal. They state that the online casino will match the deposit made. How can experienced professionals and a CEO overlook such a mistake? Or they did not, and the article is bogus.

Another much-highlighted part of the articles was ‘Peter Newsted fired’ or ‘LeoVegas CEO fired’. This is entirely false. There is no man named Peter Newsted in the top tier of the company, let alone him be the CEO. The CEO of LeoVegas is the Swedish man Gustaf Hagman.

He is also the co-founder of the company. Since the company’s establishment up till now, there is no person named Peter Newsted affiliated with the company. So who was fired? Not a single person because of this rumour.

This was pretty much a repeated article. Another fake article was written on the CEO of Genesis Casino being fired because of a bonus loophole. A screenshot of that article can be seen below.

The details mentioned in that article and how the ‘supposed’ event played out have eerily similar details to the one about LeoVegas India, that has been subject to other rumours as well throughout the years.

You can type in LeoVegas casino scam and have multiple results come up. However, most of them have been disproven.

Other Mistakes Making the Article Fallacious

The original stated a man’s name that was identified for bonus abuse. His name was said to be Abdullah Khan, a resident of a city of Al Wakrah who had used the currency ‘Indian Riyal’.

Here’s where the incompetency of the writer shined. Firstly, Al Wakrah is a city in Qatar, not India. The writer claims that scandal happened in India. Yet he used the name of a city in the country thousands of miles away from the given location.

The Internet is not 100% Reliable

You may have had numerous people say to you that “Do not believe everything you read on the internet”. As you can see from all the claims that have been debunked, that is true.

Lying is an easy feat, and the internet has become a favourite source for people. It is similar to writing a story for a book. Many people turn to the internet to spread rumours and lies. Often it is to ruin the reputation of others.

In the competitive online gambling world, there have been several similar occasions. Just at the start of 2020, there was LeoVegas news that turned out to be a hoax. It was a feel-good story where a poor man was kicked out of the dealership.

He then decided to try his luck with Leo Vegas with the starting bonus and the Mega Moolah Jackpot. The man then turned into a millionaire. Would we like to believe it? Yes, but most stories online such as this are fake. This story was too.

Guide2Gambling also wrote an article denouncing the claims by the original posters. They attempted to contact the original author but to no avail. The question here is why they posted the article in the first place. Also, they posted it without evidence and adequate research.

However, it was discovered that the author had signed up for ‘refer a friend’ system. Based on this system anytime some registers at the online casino using their link, the author will earn money for it.

How to Get the Real Bonus Offer

Now that you know the loophole bonus scam was faked, you can opt for the real offer. Follow the steps below to avail the amazing promotion today.

However, the bonus system is three-tiered and is received as follows:

The first time a new registrar deposits the website, LeoVegas matches it by a 100% casino bonus. The minimum deposit needs to be 1000 Rupees. Once a deposit is made whether it is for 1,000 Rupees or 5,000 Rupees the company will match it exactly.

For Indian players, when they make three deposits, they are then given a 25% match by LeoVegas. The maximum as for the other two steps is 10,000 Rupees.

The free bonus is great for the new players because they can use it to make a wager without risking their funds. If used smartly, a player can utilise the free bets to earn more money and walk away with twice or more the funds. This extends to games like roulette and slots that are considered to be games of luck.

With smart betting strategies, the odds can tilt in favour of the player, and they can win more than they thought. The key to winning is playing smart and being responsible for every bet placed. Do not go overboard.

Leo Vegas is a top-rated gambling site in India. They have popular gambling games such as Starburst and Bollywood story amongst others. These games have lower volatility as compared to games like 300 shields. The latter is very volatile, so for the first time betters it is not considered a good choice.

With games that have low volatility, players can frequently win without a loss. So if players have 30,000 or more in free bets, they can use them to learn and gain profits in the low or medium slots.

If slots are not your thing, there are card games such as poker, blackjack, etc. and sports betting you can spend your free bets on. These games require the players to have some knowledge of the game and betting.

There is a level of skill and ingenuity rather than luck to win. People have won big in games like poker even if they don’t have a pair of aces. The sportsbook section also has 10,000 Rupees starting bonus.

Football, tennis, and cricket are amongst the most popular sports on LeoVegas. Most of the small parts of it also are available. The customer support team is also of top quality at the site. Contact them through live chat and make sure of the quality.

Through smart playing, you can mitigate the losses and risks that come from focusing on one sport. You can be confident when placing bets on the number of goals scored, wickets, number of sets in tennis games and clean sheets.

By going through the news article, you hopefully now know that there was no LeoVegas scam. LeoVegas has always lived up to its claims and has provided new players with amazing promotional offers. No bonus loophole can be exploited. There was no mistake in the terms that were taken advantage of.

There was also no firing of the CEO. The bonus system is one of the best offers amongst the most popular gambling platforms in India.

The system works perfectly, whether it is for online casino and sportsbook. In case you have more questions about the site, there are several guides and reviews online. They also offer 24/7 customer service where you can ask if you have any queries. 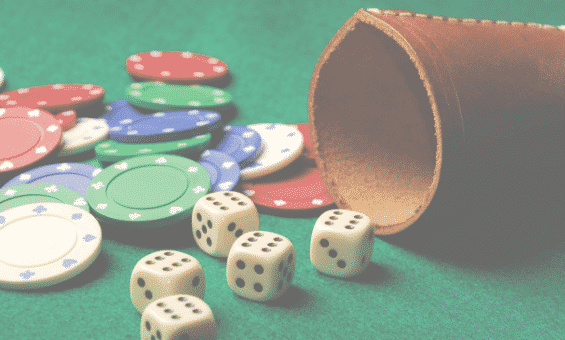 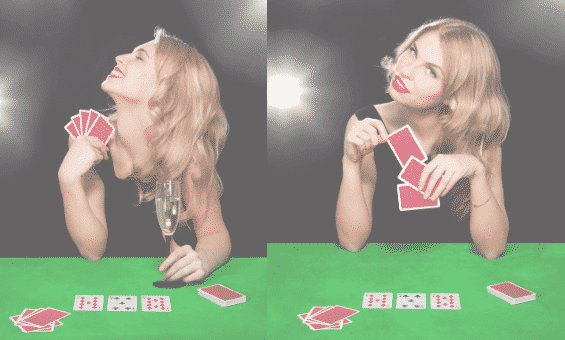 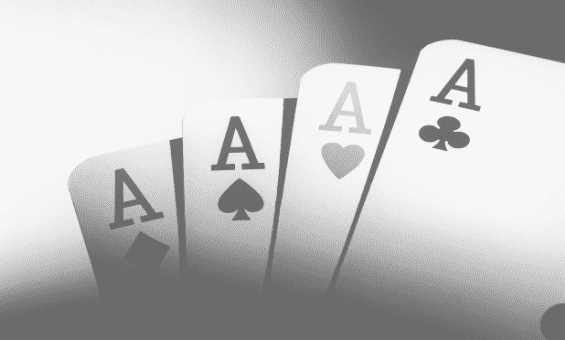 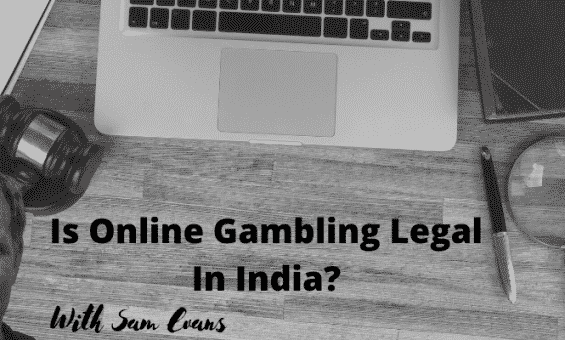 Is Online Gambling Legal in India?