The 59th US presidential election is set on November 3rd, 2020. Voters from all around America will cast their ballot on their choice of the next president. Before they cast their vote, there will be six months of primaries in 2020. It is an integral part of the nominating process for people to pick the candidate they will be voting for.

After the elections, the candidate will be inaugurated on 20 January 2021. But who will win the US election 2020? Out of the 28 democratic candidates, 27 have dropped out. In the 4 republic candidates, 3 candidates dropped out. Now the race is between the current president Donald Trump and the two-time candidate and former vice president Joe Biden.

The US Presidential Candidates

Donald Trump is the current president of the US and has once again put his name in the bid for the 59th presidency. He is a Republican candidate. His main legislative accomplishment was the tax cut for investors and the wealthy class.

He has focused on removing policies from the Obama administration, which he has been against since they were made. The policies he’s changed from the last administration health care, environmental regulations, and immigration.

Donald Trump won his previous election with a clear majority from his then-rival candidate Hillary Clinton. In this current race, after multiple candidates dropping out, he is up against Joe Biden.

Joe Bidden, Jr. Is the former vice president from the Obama administration. Joe Bidden has run as the presidential candidate twice before. He has been known for his sensible and charismatic personality. Moreover, he is also known for his ability to connect with working-class voters.

For many democrat supporters, the selling-point has been his work as Barack Obama’s vice president. Furthermore, he has promised to strengthen economic protections for low-income workers in many industries. Additionally, he has also started to restore America’s standing and has added his two-cents about the Affordable Care Act.

2020 hasn’t only had shake-ups regarding the events around the world. It has also been consistently changing up the odds of the US election. Months ago Elizabeth Warren, Senator Bernie Sanders and Mayor Pete Buttigieg were the democrat favourites. However, now they have dropped out of the race and have instead endorsed Joe Biden. Currently, he is the presidential favourite among gambling sites in India.

When the Democrats have been jockeying for the position, President Trump has remained the Republican favourite. The odds of him winning the 2020 election have been soaring to -200. For those new to political betting that means 1 to 2 odds of winning. His odds increased after his impeachment trial ended.

As the world grapples with the pandemic at one side the people of America have a decision looming over their heads. The summer has progressed and two candidates have emerged as the top favourites.

The Odds for Joe Bidden

Considering the ups and downs in the presidential campaigns and the events there has been sway in the public’s choice of preferred candidates. Up till March William Hill, a popular betting site worldwide place the odds for Bidden winning the election at 6/4.

Currently, his odds stand at 8/11. The online betting exchange has placed behind Trump in the odds to win. Although the polls show differently and put him in the lead as opposed to Donald Trump.

The polls show that Bidden has the lead in Arizona, Florida, Michigan, North Carolina, Pennsylvania, and Wisconsin. Winning in any three states will significantly increase his chances of winning the election and will shift the betting. His odds have gotten better this week.

He settled at -121 in the third week of June. Even though his odds have not been as good as Trumps his steadily increasing popularity puts him at a good chance of winning.

The Odds for Donald Trump

William Hill put the odds of Trump winning the election on 8/13 in March. After multiple candidates dropped out and former democratic endorsing Bidden the odds have changed. The current odds given by William Hill for Donald Trump are 5/4 but we’ve found even better odds for you.

The online political betting exchange has said that Trump has remained in the lead. His share of victory has been placed at 49 cents where Joe Bidden is at 47 cents.

However, the polls indicate the opposite with Bidden being in the lead for 5.5 point lead. Trump has fallen behind in the polls and the odds based on the latest results. This may be due to the backlash he has received after he tied himself to ‘law and order’ and his response to the current movement.

His executive order for the police reforms has been met with a mixed review. Furthermore, he had trifecta losses in the Supreme Court. The court ruled against the administration for the lawsuit on sanctuary cities, the LGBTQ+ community and the DACA recession.

Can the Polls Be Trusted?

The sites are placing different odds than what is shown from the polls. It was stated by a Judicial Law clerk in a paper that polls were driving political journalism and analysis. Similarly, the effect of the poll extends to placing bets and odds on who will win.

They are being taken at face value even when showing surprising results. Although, most pollsters have ethical and methodological ways to conduct polls some have used fake to spread their own opinions.

Polls then affect the news media and the betting. The two have an impact on each other as well. Some news sources rely on political betting odds to make predictions. The betting market and the polls are mostly at odds with each other.

This can be also seen in Trump vs. Bidden debate. Trump is mostly the one in lead; however, polls say its Bidden instead. With the election debates and campaigns heating up, there is more discrepancy than ever.

The volatile situation and constant fluctuations in odds described by the betting market have left bettors indecisive. They are also unsure whether polls are more trustable or are odds. Some sportsbook has favoured Trump and based on Predict It, many bettors agree.

Yet, the polls and political betting exchange are of a different view. It is more than just who will win the US election 2020? It also includes bets on which party will win.

US election betting is the most popular political betting going on right now. If seasoned political betters know one thing from the last election it’s not to trust the polls. Experts suggest that the odds of betting markets are a more reliable way to go over polling. In the past election, the polls heavily favoured Hillary Clinton for succeeding. Yet, as it stands, it was Trump that won the election and not Hillary.

The betting odds back then were in favour of Trump winning and they were proved right on 6th January 2017. Trump’s odds in winning that election were 5 to 1. Therefore, whatever betting platform you use to keep an eye out on some of the best websites for the odds. It is better to make an informed decision and make a huge profit instead of listening to and arguing with strangers on Twitter or other social media.

How to read the Numbers

Those just entering the online political betting world may be confused about the significance of the numbers AKA odds. Amateurs can opt for odds calculators on many websites and apps, for cricket betting and other markets. Odds calculators are a great tool to help find the betting odds for political or sporting events.

In the last week of February, odd shark a gambling site placed Trump’s odds at 64% but now it has reduced to EVEN. The fluctuating odds can be seen on other various gambling sites as well. This is a classic case of ‘Cause and Effect’. Other bookmakers such as BetOnline have been reporting similar fluctuations.

This is likely because of Trump’s dismissive comments on the pandemic and other several situations going on right now. This has made people place their bets on Joe Bidden instead.

The numbers are an integral part of the betting market. They have been used as a reference by industry experts and other professionals. They are used as an additional layer of data for projection models as well.

Use A Odds Calculator

If you do not want to spend time learning the ins and outs of the betting market and use the odds calculator there are other options on the site. The probability or odds are being updated daily or weekly on most sites. Go to your preferred political betting site and you will be able to find the odds and the return for your buck.

Everyone would prefer if politics were kept off the list of topics for dinner table conversation and out of the office. It does not mean that you cannot make some cash on it. It can be just as fun as betting on sports. Instead of yelling out loud at your TV, union coverage, or a primary, place a smart bet.

Once you make up your mind on betting and learn how to read odds the next step is finding a trustable betting site or app. Below is the list of sportsbook sites that are recommended for political bets.

The live betting option is one of the best at Betway because of their in-play feature. You can bet on sports and political events as they are progressing. Betway has both desktop and app. It has some of the best odds compared to other similar platforms on the market. It is also available in several languages making it easy for use in whichever country you are in.

LeoVegas is one of the best sportsbooks and a self-proclaimed king of online gambling. It supports political betting and popular sports around the world such as cricket, tennis football, etc. Smaller less popular sports and casino games are also offered on this site. If you are new to the platform there is a significant bonus package you can use to bet as well.

William Hill is the oldest gambling platform out of all the ones listed. They are well-known and reputable with a wide range of betting options. They are, however, not open to US customers and can be difficult to navigate for inexperienced players.

The odds aren’t in one person’s favour. They keep varying given the events that are unfolding in the country. But that does not mean you cannot bet on the outcome. Even with the odds playing out this way, you can use smart betting.

You can find the best candidate to not only vote for but to bet on one. Picking the winner of 2020 US election is currently the most popular event for betting. Play smart, read the odds, keep up with the news, and win big! 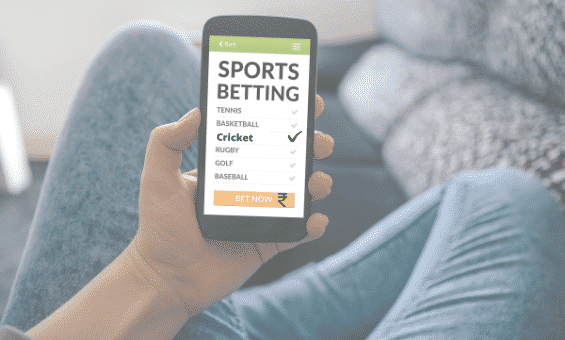 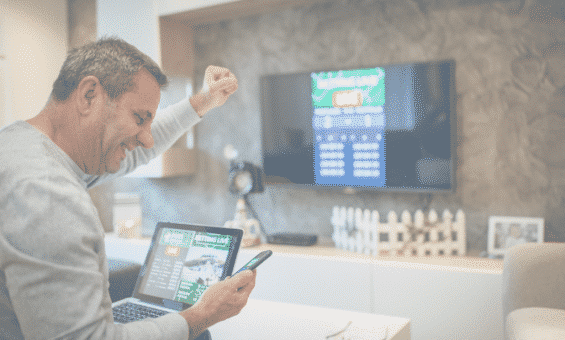