This is not the first game of this theme, but rather another instalment of this already popular, kingly franchise.

The fun with this game is that it offers a set of extra reels as part of the bonus, alongside symbols that are much bigger than usual, but we’ll get to those in a bit.

The game can be played from 0.20 to 200.00 per spin, which is perfect as it encompasses players of all budgets.

To top it off, the game is fully compatible with mobile devices and can be played out and about. 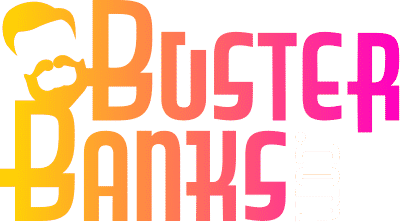 How to Play Reel King Mega

Reel King Mega is a five-reel three-row slot that has 20 pay lines available. The reels run from left to right so players will need to land matching symbols in this manner if they plan to make winning combinations.

There is a twist to this game though, in that mini reels will get formed during the Reel King feature.

The game as a whole offers low volatility which is excellent for weaker budget players as it means that the bankroll will keep ticking over nicely, even if the wins are small.

With an RTP of 96.6%, there’s a good chance of earning back what’s been put into the game.

The game has a slightly retro theme to it, which the symbols show. The overall theme though is one of royalty with the reels located on a royal red background.

There are piles of gold coins strewn around under the reels too, reminding players of the wealth they could accumulate if they’re lucky.

On the reels themselves, players will find traditional symbols such as 10 to King playing card icons, which are the lower-paying options as well as cherries, plums and gold coins, this last being the top paying symbol on the reels. Players should keep an eye out for the Jester wild and Kings crown icons.

The first bonus here is the jester, which is a simple wild and will replace other symbols to help form winning combinations on the reels. The King’s Crown feature is a little bit more exciting.

Land the King’s crown on the reels and players will see it bounce about the screen. Whenever the crown hits a symbol, it will turn into a wild which then results in a new payout.

Another feature to keep an eye out for is the fact that all the symbols can land as colossal. This means that instead of taking up one space, they can be 2×2 giving big wins.

The main feature though is the Reel King Feature. Usually, the reels are blue, but occasionally they turn gold.

When all five change to gold, then this feature activates. The King himself appears on the screen and brings with him three mini reels.

These reels are made up of red, blue and yellow seven icons. If players manage to land three of them, it’s double the initial bet. Blues are the lowest paying out 5x, yellows pay 10x and red 25x.

The first spin on this game guarantees a win, with free spins continuing until no gain occurs – 125x a bet is the top end of what can be won here!

The UKGC meaning licenses all of Red Tiger Gaming’s games that all games are secure and fair. Games also undergo the company’s Quality Assurance.

Can I play for free?

All Red Tiger games are available in demo mode, and Reel King Mega is no exception. Just select the demo option when opening it to play online.

Can I play Reel King Mega in India?

Many international online casinos available in India offer Red Tiger slots so make sure to check out the library before signing up to ensure Reel King Mega is available.